Interesting fact, the national symbol is a harp – not a shamrock.

Irish people are proud of traditional and cultural values are clear throughout the island. Some of the top cultural counties are Kerry, Belfast, Dublin, Wicklow, Galway and Cork.

Hearing the Irish language – As Gaelic: Although a benefit of honeymooning in Ireland may be you speak the same language as us, many tourists say they want to hear Irish being spoken during their visit. The Irish language is very romantic and is a direct route to traditional Celtic culture.

But I can’t tell you how many couples came to Ireland in anticipation of hearing the Irish language and failing because they didn’t know where to go, because Ireland is predominantly english spoken.

An estimated 4% of the country speak Irish as their primary language. But that doesn’t mean nobody knows how.

It is a real treat to experience and you can do so in:

These towns are worth a detour if you are passing by. Irish speaking areas are called “Gaeltachts”. Learn some Irish phrases to show off to others, here are some…

If culture is what you want you’ll need to check out some Irish sports, either gaelic football or hurling. They are popular in every town and city. Buy a ticket and enjoy the grassroot sports.

Gaelic is like soccer except you can use your hands, the scoring system is 3 points for a goal and 1 point for a point. Hurling involves a crafted or shaped stick called a ‘hurley’ and a ‘slitor’ which is a small yet hard ball. Players must wear helmets for hurling. It is the fastest paced team sport in the world.

Ireland has much to offer! We have a wide range of activities and traditions for you to take part in. Evan with pretty much every activity available, there is nothing like traditional Irish dancing, it is different & enjoyable. The traditional and contemporary music scene is essential to Irish culture. The Celtics brought their own form of folk dancing over 2,000 years ago. But it was the 16th century where dominant styles were being made. in the 18th century each Irish Dance Master had their own district to teaching pessents. You can catch a show or join in and have the ‘craic’ (an urban Irish term meaning having fun and enjoyment… which you’ll hear a lot of). The following styles of dancing are considered Celtic or Irish dancing. No doubt you’ll meet some fun people during these sessions.

Ceili Dancing – Ceili means – gathering of neighbours in a house to have an enjoyable time.It is a social or party dance. Pronounced as Kay-lee.Several couples dance together to set movements.

Tap Dancing – Similar to tap dance you and your partner synchronise dance side-by-side .Entirely focused on footwork, swing your arms however you like! :)Often improvised so it is really fun.

Riverdance – is a fantastic show and great display of Irish dance talent. Tickets range from $43 to $60. It revolutionised Irish dance.

There is more to the Irish music culture than traditional dance.If you are not a couple that love to dance – Irish Style – but you are a social couple that like to be out and enjoy live music – there is always live music on in most cities, towns and villages.Venues range from intimate and cosy to all-out concert size. Ireland is full of venues that attract big names including U2, Ed Sheeran, One Direction & Hozier.

Although not technically a part of Ireland – The Isle of Man is a beautiful small Island between Ireland and The United Kingdom. It has a diverse culture with a deep history of Celts and Vikings.

The island is host to the famous festival of motorcycling and epic motor racing. It also hosts the inter-Celtic Festival and Yn Chruinnaght – a traditional music festival. WIth plenty of activities and romantic sights, it is great for a day trip during your honeymoon. 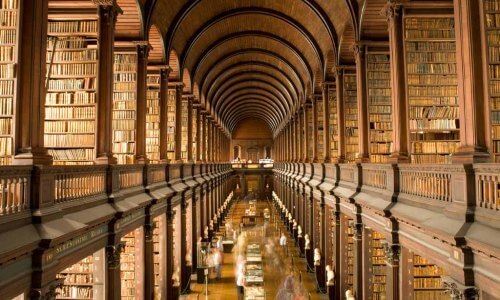 The Book Of Kells and Trinity College are major attractions for any tourists seeking Irish heritage. The beautiful college grounds are wonderful to stroll through with your partner. The Book Of Kells is a manuscript gospel book, written in Latin and famously designed in Celtic drawings.If you want to discover more of Ireland’s Celtic roots then you should check out the Aran Islands and Achill Island because these islands are untouched from the modernisation of the rest of the world. Some of the locals still go day-by-day using traditional methods of living and farming. 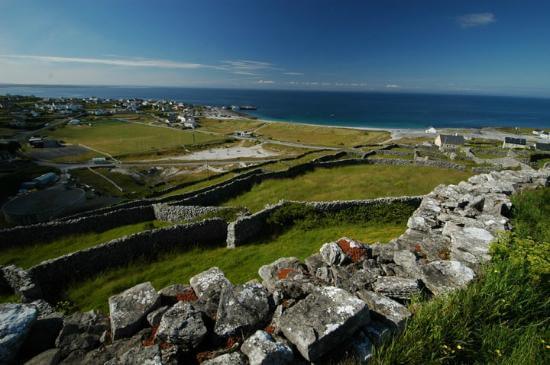 The Aran Islands - known as the ‘Island of Saints and Scholars - located off the mouth of Galway Bay are a must see for those who want to see a true Celtic experience. They are fIlled with spectacular sights, accommodation, Irish tradition and one of the world-wide venues for Red Bull Cliff Diving.

GET YOUR VACATION CHECKLIST FOR FREE

The checklist was invaluable to us

Our insider knowledge of Ireland is an essential part of building our tours and trips.

The Travel Butler service is designed to ensure you get the best, truest Irish experience possible. The service is is personalised and tailored to each customer and their chosen tour. We have explored countless paths and services throughout the island which has given us an edge when it comes to rates, recommendations and VIP privileges.
If you’re looking for a vacation company that can provide you with a legitimate, interesting and utterly authentic trip to Ireland, then look no further. Go Irish Tours is devoted to ensuring our customers get to witness the Emerald Isle in all its glory - hidden gems, day trips and perfect pints of Guinness included!

When you book with Go Irish Tours, the cost is upfront and clear. We won’t hit you with any hidden “extras” or other unpleasant surprises along the way. Your personalised itinerary will outline everything included on the tour, allowing you to plan your trip exactly to your tastes and specifications.

GoIrishTours is proud to be working alongside the US Embassy. Click here for more information

© Copyright 2018 by GoIrishToursTerms and Conditions